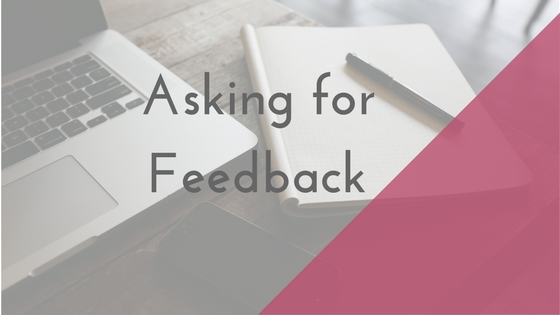 Short story: I had a colleague in a workshop who offered generous feedback on my work. At the end of each workshop, they’d hand me a draft with all sorts of comments, questions, suggestions, and recommendations for future reading. There would also be grammar corrections throughout the document. For some reason, this copyediting infuriated me. I felt like it was a huge waste of time, and it was distracting to see the errors. I wanted to focus on writing in a different mode – not a mode that obsessed over every detail, but rather a mode that focused on the big picture – was my argument persuasive? Was I marshaling the evidence effectively? Did the literature review do the proper work of synthesizing disparate fields’ scholarship? I didn’t want to get caught up in whether I had used the past participle properly when I was really grappling with whether I had a handle on Merton’s concept of status ambivalence. I also knew that the draft would go through so many revisions that the copyediting at this stage was superfluous.

We’ve all been there. You ask a friend or mentor to read your work, and when you look over their comments, you think to yourself, “this is not what I need right now.” In some cases, it may be the case that you don’t want to hear their feedback, but in many cases, it’s simply that your project is not at the stage where the feedback is beneficial.

I could have avoided all of this if I had just said to my colleague, “I’m not really at a stage where copyediting is of much benefit, so please don’t spend your time on it.” It would have saved my colleague a lot of work, and me a lot of distraction.

I believe feedback falls into two categories; the feedback you want and the feedback you need. Unfortunately, these two categories don’t overlap nearly enough. It’s not because we only seek out positive feedback. Instead, it’s because we believe we are capable of evaluating our own work, that because we are so intimately acquainted with our own writing that we’ll be the best judge. That is generally not true. One of a writer’s most difficult tasks is turning an objective yet critical eye to their own work.

Asking for Feedback You Want

You know what stage your draft is in, and you know the intervention that your manuscript needs. If this is the case, you can be very clear about your concerns with your reader. It’s not an imposition to say something like “I’m worried that the theory section doesn’t make sense. I think I’m misinterpreting X. Can you focus there?”

Asking for Feedback You Need

There will be times when you’re working on a project and you simply cannot figure out what is wrong with it. So, you’ll ask for feedback, and your reader may identify a problem that you do *not* want to deal with. That does not make it any less of a problem. This type of feedback can be tough to digest, but it’s still necessary. After all, you can’t solve a problem that you can’t diagnose. Asking for feedback is essentially requesting that someone make a judgment on the quality of your work, and if you receive negative or unexpected feedback it can be unsettling.

We often neglect to think about the emotional attachments that we have to our work. It’s hard to digest comments. We often dismiss feedback that ultimately proves useful because we don’t want to acknowledge the problems with our writing. I discuss this in further detail in my posts on revising and resubmitting.

In conclusion, knowing what type of feedback to ask for and when is a skill. I hope this post empowers you to seek out the support that you need and to be resilient when you receive tough-love comments from a well-intentioned colleague or friend. If you ask for feedback the right way, you’ll not only improve your writing, you’ll also strengthen professional relationships. Writing is isolating in many ways, but asking for feedback is one way in which you build community.